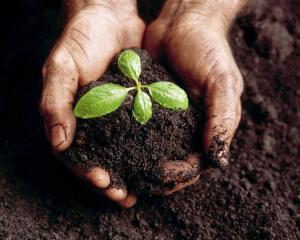 I’ve thought a great deal about forgiveness lately.  As a topic of discussion, it comes up in churches all the time.  We pray each week that we will be forgiven our debts (or sins/trespasses) as we forgive those in need of our forgiveness.  One of the women’s groups does a book study on how to forgive.  A sermon series stresses the need to forgive ourselves as well as others.  We talk all around the edges of it, but rarely get down to the hard work of actually forgiving.

Why?  Why all the talk and so little action?

Because forgiveness is hard.  And messy.  And a process.

In a way, it’s a lot like composting versus throwing something in the trash.  Many of us don’t like to compost.  It’s a lot of work, the process sounds kind of gross, and there is real possibility that the compost heap is going to stink.  It seems far cleaner and more sanitary to take that banana peel or that wet filter full of coffee grounds and put it in the trash.  While it might stink up the kitchen for a day or two, ultimately a team of sanitation workers will whisk the neatly tied trash bag off to the landfill, at which point our trash is gone.

While it is certainly easier to send something off to the landfill (out of sight, out of mind!), the structure of a landfill pretty much ensures that your trash will stay there forever.  Forever.  As in, everything is so tightly packed and oxygen deprived that it will never go away.  In a landfill, your trash becomes immortal.  And when we put hurts off to the side, or stuff them deep down inside ourselves so that we don’t have to deal with them, our hurts become immortal too.  Without light and air and attention, they will never truly go away.

In contrast, the messy process of composting helps the same stuff get broken down.  Moisture, oxygen, repeated stirring and mixing – all of these things break the peel or the filter down into nourishment for new life.  And when we face our hurts, our pain, our failures, and put them in a safe place (where they don’t dominate our lives but  can still be revisited) – they too begin to break down and provide nourishment for new life and new ways of being.  Instead of some vampy immortality (where there is no death but there is also no growth), our hurts take on a very organic immortality where death is not avoided and growth is guaranteed!

When someone hurts us or betrays our trust, a wink and a handshake or ignoring the problem won’t make it go away.  Each and every day we have to sift through the hurt and choose to forgive all over again – until the day comes when we don’t have to because the hurt has dissolved and slipped away.

And therein lies one of God’s many mysteries – in the middle of the hard, messy work of forgiving, we miraculously become that which we seek:

5 thoughts on “Composting our Hurts…”